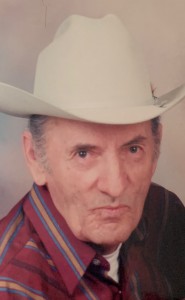 Calvin greatly enjoyed fishing, hunting and being in the outdoors. He was employed doing what he loved to do by Texas A&M University in wildlife   management until his retirement.

Calvin graduated from John Tyler High School. He was smart and was  double promoted while in school. Calvin was a great story teller and Bobby, a nephew, especially liked to sit close to Calvin at family meals so he could hear his tales. A cute story about Calvin was when he was in the first grade, the family and guest were around the dinner table eating. Calvin was proud of what he was learning and announced to everyone that he could spell pies. "Piss".

In Calvin's final days he was gently cared for by Hospice of East Texas.

Calvin, we love and miss you.

We are grateful to Hospice of East Texas for the excellent care they gave Calvin.

In lieu of flowers donations may be made to Hospice of East Texas, 4111 University Blvd., Tyler, Texas, 75701.